Did you know that the typical five-year strategic planning forecasts perform about as well as dart-throwing chimpanzees?

Cognitive science and behavioral economics scholars have conducted research on people who are the most skilled forecasters among us. Apparently, they perform no better than chance on economic predictions more than three to five years out. Given that gloomy information, you might be asking why I would write an article about strategic planning at all.

You’re in the same boat with my consulting client Beth, the CEO of a mid-size medical management company, when I told her about this same research finding in our conversation about strategic planning in the spring of 2019.

Beth told me that about seven years before she and I had that conversation, her company went through a five-year strategic planning process. Well, the plan didn’t go according to plan. The roiling controversy surrounding Obamacare after Donald Trump’s election and Republicans’ taking both houses of Congress caused a great deal of uncertainty and resulting problems for her company.

Other predicted trends happened faster than expected. One problem was lower occupancy in her company’s nursing homes due to shifts to using alternative nursing care services such as home health care and retirement communities. Another problem stemmed from a decrease in the more lucrative Medicare Part A patients.

The assumptions built into her strategic plan, and the resulting projects and financial commitments, failed to pan out. The strategic plan, she felt, cost her some serious money. She invested into more facilities and staff than was needed, so that the company’s supply of medical services outpaced demand from customers.

She had to cut costs to compete. Beth even ended up canceling some planned projects and lost the initial investments. She also had to lay off long-time staff to maintain the company’s financial viability.

It was not a pretty picture. No wonder she wasn’t optimistic about strategic planning. Wouldn’t you be if you had her experience?

The Problems with Beth’s Strategic Planning

After taking a look at her previous strategic planning process, it became clear that it suffered from a number of dangerous judgment errors that result from the biological structure of our brain, which scholars call cognitive biases. While we as human beings suffer from over 100 such mental blind spots, not all are relevant for business and leadership. You’ll find the 30 cognitive biases that cause the biggest problems in these areas, and discover where and how these judgment errors are plaguing your organization, in the Assessment on Dangerous Judgment Errors in the Workplace.

We know from studies that cognitive biases pose a high threat to strategic planning. Beth’s plan, in particular, suffered from the planning fallacy, our tendency to assume that everything will go according to plan. That dangerous judgment error leads to our failure to build in enough resources and flexibility for various contingencies. Indeed, Beth’s company didn’t account nearly enough potential for problems with Obamacare and other issues.

Her plan also exhibited the mental blind spot known as the optimism bias. It’s like it sounds: the optimism bias causes us to perceive a more bright and hopeful vision of the future than is the case in reality. We then underestimate threats and risks, such as the risk of one political party taking both the presidency and both houses of Congress. Beth’s plan mistakenly anticipated that due to the overwhelming commitment among Democrats to Obamacare, there would be no effective challenge to it from Republicans.

Finally, the plan was highly vulnerable to sunken costs. This cognitive bias makes us reluctant to terminate projects after we already sunk some money into them. Due to the strategic plan’s structure, Beth’s company continued to throw good money after bad long after many red flags suggested it might be time to sink the projects. As a result, Beth suffered substantially more losses than needed, making the required financial corrections significantly more painful than needed.

As I went through each of these problems, Beth found herself both nodding her head and clenching her fists. How she wished she knew about these problems when she worked with the consulting company that helped her leadership team create that plan, she told me. She wouldn’t have fallen for those traps!

Beth’s experience is pretty common, due to the widespread failure to address cognitive biases in business strategic planning and decision making. Instead, business advice encourages leaders to trust their gut when planning and deciding.

“Go with your gut” may be both the most repeated business advice and the most wrong-headed one. Our gut reactions have evolved for the ancestral tribal environment, not the modern business one. Many of the cognitive biases that cause us to make decision disasters in today’s workplace worked perfectly well for our ancestors.

For instance, it was highly beneficial for our ancestors to eat as much sugar as possible, such as when they found an abandoned beehive. Those who ate the most sugar survived and passed on their genes; unfortunately, this instinct today harms us greatly, as the obesity epidemic in the US makes clear. We have inherited the sugar-eating instinct and other unhealthy behaviors in our decision making and tend to rely on these gut reactions without realizing that they don’t serve us well in modernity.

Tragically, even business strategic assessments meant to address the weaknesses of human thinking through structures and planning are deeply flawed if they don’t specifically account for cognitive biases. Take the most popular of them, SWOT, where you try to figure out the Strengths, Weaknesses, Opportunities, and Threats facing your business.

SWOT assessments usually fail to account for our mental blind spots. It’s particularly problematic that SWOT is almost always performed in a group setting, and cognitive biases are often exponentially increased in group settings. One particularly large problem is known as groupthink, in which groups tend to coalesce around the opinions of a powerful leader.

SWOT and similar strategic assessments give a false sense of comfort and security to business leaders who use them. These comforting techniques result in appalling oversights that ruin profitable businesses.

Fortunately, there’s a much more effective way to approach strategic planning and assessment.

Rather than making a simple strategic plan, focus on assessing potential threats and opportunities and building them into your plan. Emphasize making your plan flexible and resilient, able to handle unanticipated developments that you didn’t consider when you made the original plan. You also work to counteract the typical cognitive biases that cause your plans to go astray.

Condensed and adapted from Disaster Avoidance Experts with permission of the author. Read the original post, which goes into more detail with a 10-step Defend Your Future Plan, HERE. 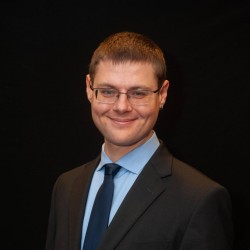 Gleb Tsipursky
CEO at Disaster Avoidance Experts
Dr. Gleb Tsipursky is on a mission to protect leaders from dangerous judgment errors known as cognitive biases by developing the most effective decision-making strategies via his consulting, coaching, speaking, and training as CEO of Disaster Avoidance Experts. A cognitive neuroscientist and behavioral economist, Dr. Tsipursky has over 550 articles and 450 interviews in prominent venues, such as Fast Company, CBS News, Time, Business Insider, Inc. Magazine, and elsewhere. A best-selling author, his new best-selling book, published by Career Press, is Never Go With Your Gut: How Pioneering Leaders Make the Best Decisions and Avoid Business Disasters. https://disasteravoidanceexperts.com/NeverGut/

Dr. Gleb Tsipursky is on a mission to protect leaders from dangerous judgment errors known as cognitive biases by developing the most effective decision-making strategies via his consulting, coaching, speaking, and training as CEO of Disaster Avoidance Experts. A cognitive neuroscientist and behavioral economist, Dr. Tsipursky has over 550 articles and 450 interviews in prominent venues, such as Fast Company, CBS News, Time, Business Insider, Inc. Magazine, and elsewhere. A best-selling author, his new best-selling book, published by Career Press, is Never Go With Your Gut: How Pioneering Leaders Make the Best Decisions and Avoid Business Disasters. https://disasteravoidanceexperts.com/NeverGut/